Being, Soul, Body, Spirit, Self, Mind and Imagination

Hello,
I wanted to write about a recent experience i had and welcome any thoughts, reflection and feedback.

i spent last Friday through Sunday (staying both nights) in retreat at a local monistary (Pine Mountain Buddhist Temple) while participating in activities and lodging with resident monks. it was a sublime religious experience full of lengthy meditation and liturgy.
The three full-time monks at the temple are the Abbess & Rev. Master Phoebe, Rev. Master Seikai, and Rev. Leon. These monks are members of the Order of Buddhist Contemplatives and are practitioners of the Serene Reflection Meditation Tradition of Soto Zen which is markedly different then Tibetan traditions in certain respects.
(FYI, I’m not a member of any Buddhist organization but nevertheless an appreciative member of the laity.)

During Sunday’s dharma talk, the Abbess made a passing remark I noted as significant. She was saying something about the ineffable essence that is greater than oneself and exists in the processes of karma and reincarnation and then quickly added this was not the “soul”.
Now to be honest I got a bit stuck there. It wasn’t a surprise to me that Buddhists do not believe in human souls because I’ve known they subscribe to the point in their cannon that claims Siddhartha Gautama looked long and hard for the self/soul and could not find it. This was reiterated by the Abbess when I asked her to clarify how one could be sure soul is not the essence of oneself.
Yet a question then begs to be asked here, is it untenable to ascribe this essence as being ‘soul’ in the process of karma and reincarnation?
It seems to me as if any metaphysically tautological claim (i.e. that we do not have ‘souls’) isn’t true just because a venerable and estimable luminary says so - i.e. they’ve done the searching for us and we don’t have to do anything towards looking for ourselves. N.b. I’m also aware the Buddha openly welcomed his followers to “look for yourself.”

Just to let you know how I look at it for myself, I don’t think of soul is a noun or some nouminal thing, but somewhat a dimension and a kind of verb - a process like having been, existing or ‘being’ and becoming.
I’m assuredly not as well informed as my ego wants me to think I am so I’m asking whether anyone has thoughts to share about this.

Replies to This Discussion

Permalink Reply by Barque on November 7, 2008 at 8:51am
Hi Andy,
This sounds like a great weekend.
Based on your post, it does seem untenable to use the term soul in the discussion of karma and reincarnation in Buddhism. There is no essence of oneself. There is no self, no soul.
Look at online sources that describe this idea, anatta. They may be helpful. My understanding is rebirth refers to karmic attributes, clusters, aggregates, whatever the appropriate technical term is for the karmic residue. Passages refer to the Buddha's silence when asked about soul/ no soul because he didn't think speculation about this contributed to the cessation of suffering.

Permalink Reply by Waking on November 12, 2008 at 7:59pm
Barque, thanks for your input - I appreciate it!
I’m getting some perspective on Anatta looking at the Wikipedia entry…it’s pretty illuminating.

The following is not necessarily directed at you, but towards the discussion in general.

First of all, let me say I’m not trying to defend some Judeo-Christian notion of a soul/spirit as it may be understood in popular parlance.

Some thing bothers me a bit about this no-self, or no soul business…it seems somewhat categorically dismissive.
Now I’m mindful that our words are just signposts pointing at things (or phenomena) and that our understandings and definitions of those words should not to be confused as the things-in-themselves (i.e. literalism). Put another way, I appreciate that words, concepts and expressions of ideas are just ‘fingers pointing at the moon’ as it has been beautifully put…
So when I read or hear Tom talk about soul, I know not to attach a literal interpretation of some empirical, ontological, or metaphysically objective noumenon or phenomenon to the word. In my mind, soul is more metaphorical, ineffable, and at once both deeper than, and transcendent to the subject/object categories that satisfy my ego sensibilities… I like James Hollis’ thoughts on Jung’s notion of the Self: the Self isn’t some thing that can be found in an MRI or psychological test. The self is a verb, it ‘selves’ (sort of like the process of individuation).
The poet Gerard Manley Hopkins puts it beautifully in his poem,
AS KINGFISHERS CATCH FIRE

Each mortal thing does one thing and the same:
Deals out that being indoors each one dwells;
Selves — goes itself; myself it speaks and spells,
Crying What I do is me: for that I came.

I say more: the just man justices;
Keeps grace: that keeps all his goings graces;
Acts in God's eye what in God's eye he is —
Christ. For Christ plays in ten thousand places,
Lovely in limbs, and lovely in eyes not his
To the Father through the features of men's faces. 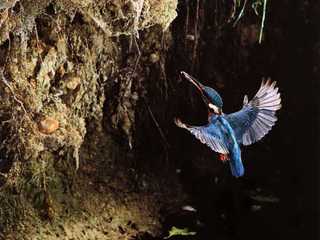 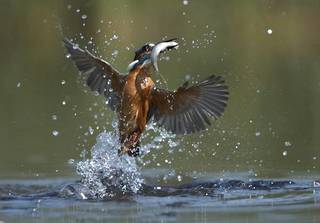 This is how I think of soul, it ‘souls’.
Quite likely I am confused about the “goal” or intention in saying there is no self or no soul…but what about the soul of parenting, of poetry, or that of art and creating? If the self or soul is not some ‘thing’ to be found but a process, how can we categorically say there it doesn’t exist?
Tell me, is my inquiry stretching things too far? I don’t know…I’m just kicking this ball around.

Permalink Reply by Waking on January 27, 2009 at 11:41am
Paraphrasing James Hollis in his latest book, What matters Most, 'as the brain is the organ of thought and the heart is the organ of warmth and circulation, so the soul is the organ of meaning.'

Permalink Reply by Barque on January 28, 2009 at 3:31pm
Hi Andy,
I haven't read Hollis's latest book yet. I agree with you that soul strongly links to meaning, although I find "organ" rather literal. I think soul's association with meaning includes what we pay attention to, what we value, what we direct energy to, what we desire, what we believe is important, and soul touches the the flip side -- what we find meaningless. I enjoyed reading Lukeman's review at Amazon with his observation that Hollis treats his readers as adults, rather than offering "Shallow pop psychology, soothing religious anodynes, fuzzy self-help". Maybe our current global crises will contribute to maturation. Also, I think there is a relationship among the three areas -- soul touches thoughts and circulation, and they in turn impact soul. I go to shovel snow.

Permalink Reply by Ian on November 13, 2008 at 3:37am
Some other interesting ideas about no-self are to be found in 'A Path with Heart' (one of my favourite books, and to my mind the Buddhist equivalent of Care of the Soul) by Jack Kornfield (a Western Buddhist), who in a chapter 'No Self or True Self?' discusses how the idea of no-self needs to be combined with a notion of true self to fully discover the nature of self. "True emptiness is not empty, but contains all things." (p212) I don't pretend to understand this - perhaps someone can explain it to me :-) - but this seems more helpful than no-self on its own.

Another wider discussion of no self and its importance in all religious traditions and its relevance to psychology which I found very helpful can be found at http://web.syr.edu/%7Edlmiller/lectures.htm in the article "Nothing almost sees miracles".

If you listen to one of Moore's presentations [link below], you'll hear him say that he's often asked to simplify his books. Some people don't understand his distinctions between spirit and soul, suggesting the terms are synonymous. He doesn't get much support when he counters that they're very different and refer to different things. It seems to me he clearly differentiates them in his latest book, A Life at Work, and yet I read bloggers interpreting Moore’s views that continue to jumble these terms as if they're the same. Moore already has been on Oprah! and other popular television programs. I think his comments about American media in a 1996 interview still apply, if not more so:

"I am just about at my wit's end with the mainstream media, a feeling that stems from my own bad experiences with it. I do lots of interviews, and it bothers me that the writers who interview me have an agenda, a certain cynical way of looking at things that is totally immersed in the values of the modern world. Whenever someone tries to step outside those values, the only way they can write about it is to make fun of it or translate it into what they know, which completely misrepresents it. I wish that journalists were a little more thoughtful and better educated and not so totally given over to the popular culture."

In this linked talk, he sounds disappointed with the level of public discourse in America:
http://barque2.blogspot.com/2008/12/moore-talks-about-stories-dream...

Permalink Reply by David Elliott on January 8, 2009 at 11:57am
Greetings all,
I'm new to Barque and started a conversation with Andy on his page that he suggested we continue here. Following are a few of my comments:

I was wondering what sort of a community Barque would be. My interest in Soul and Spirit goes back many years when I wrote a thesis on St. Francis and began developing a sense of soul in the medieval age and the distinction to spirit in the modern (post-enlightenment) age. Spirit became more identified with the modern concept of self. Imagine my wonder when Thomas Moore wrote his first book, Care of the Soul! His depth understanding from the 15th century articulated what I was trying to understand. Still I wonder after more than a decade why Moore's understandings are not more generally used in churches? Do people offer seminars on his books? I did a seminar on his very approachable book "Original Self" that a small group of church people very much appreciated.

His latest book on Work is even more clear on the distinctions between soul and spirit. Upon reflection they are experientially clear, even obvious. What a wonderful way to exemplify Paul Tillich's notion of the "Ground of Being" than with Moore's concept of soul. I find soul very solid, real and existing in all of us as well as all creation. The way Andy searches for poetry and mythology to help move us from "propositional" understandings of theology is encouraging and enlightening to a person like me. Thanks so much.
Best,
David

Permalink Reply by Waking on January 11, 2009 at 2:15am
Hi David, thanks for writing back with thoughtful insight on Moore's perspective and popularity. Speaking of distinctions, have you seen this poem by the Dali Lama.
His poetic distinction really resonates with my appreciation between the ever so popular "spiritual flight" of transcending our human condition (i.e. our soul) and the down-and dirty art (or opus) of our soul-work.

Yeah, Original Self is at the top of my Moore favorites. I have a treasured copy of him reading the book recorded on audio CD... There are some videos of Moore out there as well...that said, I doubt he will be found under the limelight of pop-media. I can hardly understand why that is except to chalk it up to the general ignorance about the value & importance of soul stuff with the masses.